In celebration of seeing Yeast Nation tonight, let’s talk about one of my favorite Chicago dramatic actresses: Barbara Robertson. 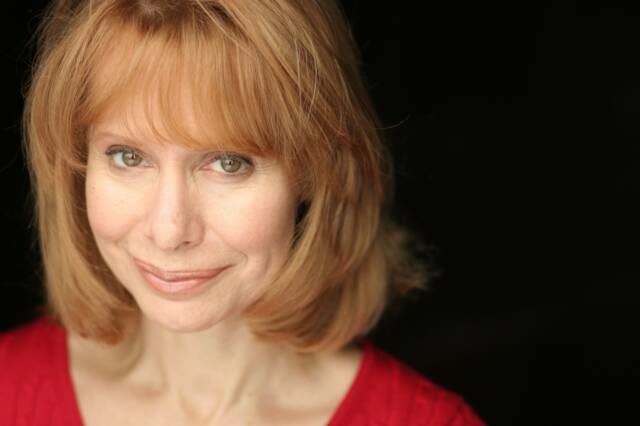 Seven-time Jeff Award winning Robertson, who is featured in Yeast Nation, is one of those actresses whose work is so diverse, it’s almost impossible not to have caught her in at least a show or two if you’ve lived in Chicago for a year or more and attend theatre on a semi-regular occasion.

You might have caught her during her three-year tenure as one of the best Madame Morribles I’ve seen in the Chicago production of Wicked. (As Chris Jones said — and I concur — it’s like the director forgot to tell her she wasn’t playing Medea, and it worked like gangbusters.) But she’s done so very much more.

I’ve had the pleasure of seeing her in a number of shows over the years. Some thoughts on those performances and productions:

The Goat, or Who is Sylvia? (Goodman Theatre; 2003)
Robertson played Stevie, wife and mother of an upper-class urban family, who struggles to comprehend her husband’s confession that he’s in love with (and making love to) a goat. It was a knock-out performance, with a powerhouse ending delivered by Robertson. The play? Yeah, I didn’t get it so much — but the performances and Robert Fall’s direction were first rate.

A Little Night Music (Chicago Shakespeare Theatre; 2003)
Such a pleasant surprise to learn that Robertson could sing, and sing quite well! True, the role of Desiree isn’t Evita in the vocal department, but it requires a level of musicianship that, in Robertson, was quite apparent. Her take on the aging stage actress was very earthy and common. This was aided in her direction — for example, in her entrance, Robertson’s Desiree came out in a wig cap and a tattered robe, and then transformed into the beauty we see throughout the rest of the show. She was also armed with a dirty laugh or a sly stare, used to great effect. You could understand why Henrik was so bewitched by her.

Incidentally, this production was one of the most perfect productions of a show I’ve seen in Chicago. Subtle, sophisticated and sweeping. I still think about it.

Grand Hotel (Drury Lane Water Tower; 2005)
What a cloudy, mixed memory I have of this show. The production values and acting were first rate. However the show…just left me stone cold. Robertson played Elizaveta Grushinskaya, a faded prima ballerina.

She was fantastic, natch. She even lifted her leg over her head while singing — obviously a former dancer. (In fact, looking at Robertson’s resume, she played Roxie Hart in Chicago at Marriott Theatre, and won a Jeff Award for the role!)

Mame (Drury Lane Oakbrook Terrace; 2008)
As I noted in my review here, Robertson’s Mame was perfect…except for when she sang. Sure, she was great during the comedic numbers such as “Bosom Buddies” and “That’s How Young I Feel,” but in the ballads…yikes. She has a good voice, but not a soaring one. Still, her acting won me over and I left really enjoying her Mame.

Wicked (Oriental Theatre; 2008)
A week after seeing Robertson as Mame, we saw her Morrible. What a flip! While trite, I mostly enjoyed Wicked. It was my second trip to this theatrical enigma, and we sat front row. The first time I saw it, Rondi Reed was Morrible, who was fine. But, in my mind, Robertson outdid her. Robertson and Reed took turns with the role in Chicago, with Roberston taking over as Reed went off to win her Tony in August: Osage County.

And, when Robertson couldn’t finish out the Mame run at Drury Lane as Wicked producer David Stone wanted her back for whatever reason, Kat Taylor took over the role. Just an FYI.

So, there you go. Of course, this represents only a fraction of her work. Out of all these eclectic performances, the one similar trait — besides her being the highlight of the evening — is Robertson’s goofy sense of fun. Even in roles like Morrible and Stevie, she embeds the drama with a touch of comedy.

And tonight, I’m seeing her in Yeast Nation as “The Unnamed.” I’m not sure what that means or what her role entails, but I’ll find out shortly. (I can surmise from the photo to the right that she’s not a happy person.) Reviews have been mixed to very positive, with lots of great things to say about Ms. Robertson. Can’t wait!