Yesterday on my way to grab a quick bite, I was joined on the elevator by Kathy Hart of the Eric & Kathy Show — the top morning radio show in the Chicago-land area (on 101.9fm — The Mix!). Kathy and I — just the two of us! — rode down from the 27th floor to the lobby. I recognized her from the numerous billboard ads and the show’s web site, and when she got off the elevator, the building security all made a point to wish her a good weekend. As I walked behind her for a brief moment (not stalking! Just going to Quiznos!), I heard her speak on her phone with that unmistakable, sunshiny voice. And then, she was off! Alltogether, the entire experience probably lasted about 30 seconds, but I was *starstruck.*

You see, up until starting this new job in the city, I spent a great deal of time in my Subaru commuting up to Riverwoods, Ill. I dabbled with DreX in the Morning for a few months, but his show was a little too nuts for me that early in the day. So, I moved on to Eric & Kathy — a show DreX kept referring to jokingly as the “anti-DreX morning show.” And I fell in love. So, for the last two years, I’ve been listening to Eric & Kathy nearly every weekday morning. I mean, I knew more about what was going on in Kathy and Eric’s lives than my own family’s. Now that I take the CTA to the Loop, I still try to listen in as I get ready in the morning.

ANYWAY. What was Kathy Hart doing on my elevator? Turns out, her show broadcasts the floor below my new office! (!!!) Does this mean if I put my ear to the floor, I could listen in each morning? Does this mean I could dig a secret hole under my desk and peek in on the behind-the-scenes antics of a top morning radio show? Does this mean I’m crazy? Perhaps yes to all three.

And, heres the best part: in speaking with coworkers, I was told it wouldn’t be uncommon for me to find myself riding up to the 27th floor with, say, Bon Jovi or Chris Daughtry — typical morning show guests. 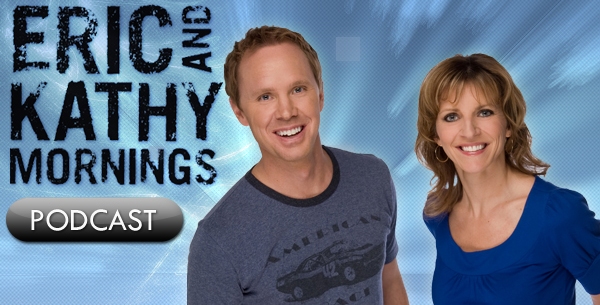 6 thoughts on “Riding the elevator with rockstars”