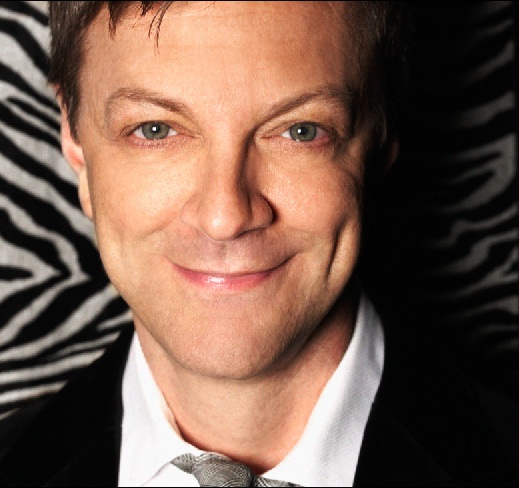 Jim Caruso is what you’d call a “born entertainer.” While he made his Broadway debut singing and dancing alongside his good friend Liza Minnelli in Liza’s At The Palace! in 2008, the singer/dancer/host/entertainer perhaps is best known for is his nightclub work: Caruso has won six MAC and two BackStage Bistro Awards for his sold-out New York shows at Birdland, the Algonquin Hotel, and Arci’s Place; as well as runs in Los Angeles, Chicago, Austin, Atlanta, Palm Beach and London. He’s a Texas transplant who’s proud to call New York home for the past 20 years.

However, perhaps his biggest gig has been for the past eight years, where Caruso’s hosted the aptly-named Jim Caruso’s Cast Party, a Monday-night staple in New York’s theatre scene that provides a fun, informal outlet for young up-and-comers, Broadway veterans and legendary performers to get up on the stage of the landmark Birdland jazz club and do their thing for an eager and supportive audience. And this Sunday, April 10, Caruso, along with well-known jazz singer and pianist Billy Stritch, is bringing his Cast Party to Chicago’s very own Mayne Stage, opening the floor to some of Chicago’s best and brightest musical theatre and cabaret performers.

I had the pleasure of speaking with the warm and very funny Caruso on the phone recently — here’s a brief highlight of that chatty conversation:

How would you describe Cast Party to a newbie?
It’s the most varied open mic night you’ll ever see, filled with some of the best talent you’ll ever see. You’ll hear Broadway and jazz and cabaret and rock and folk — you get the picture. It’s a lot of fun, and really informal. Show up, schmooze with your friends and the performers, have a drink and enjoy. And with Billy Stritch on the piano, you can’t get much better than that.

With this being Cast Party’s debut in Chicago, how did you find talent?
While Chicago undoubtedly has a great amount of musical theatre talent, we wanted to make sure we had a full list of people for our debut, so I turned to my sources — people I know who have worked in the Chicago theatre scene [such as his friend Colleen McHugh], and, of course, Facebook (how did we ever do anything before Facebook?). Just wait: we have a really good group of performers lined up, including performers from White Noise [which is playing at the Royal George Theatre and opening to the press this weekend] and Working [which is playing at Broadway Playhouse].

What if I wanted to sing “Meadowlark” at this thing and wasn’t already on the list. Could I do it?
Yes, or an Edith Piaf number. Oh, please — no weepy ballads! We really want this to be a party, so we ask that people come with a zesty, up-tempo song. But, yes: while we have some great performers already lined up, we’re keeping slots open for audience members who want to sign up and perform that evening. In LA, where we host Cast Party every other month, we started off with [pre-invited talent], and now we have no problem getting people to sign up. And in New York, we have 30 people signed up in, like, eight minutes.

So, you’re hoping this becomes a regular thing in Chicago?
I really hope so! I know Chicago has some awesome talent, and I think this is a great way to celebrate the artists out there. I hope to see everyone at Mayne Stage on Sunday. It’ll be a blast!

4 thoughts on “A quick chat with Jim Caruso, who’s bringing his popular ‘Cast Party’ to Chicago’s Mayne Stage this Sunday”