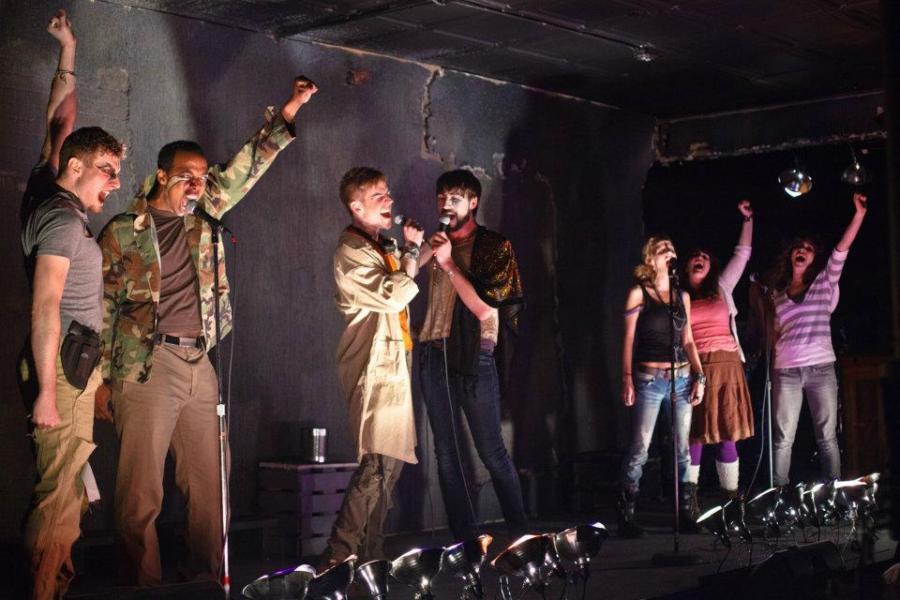 There’s a rock revolution going on, and should you choose to attend, you’ve automatically become an unwitting member of The Numberless.

Who are The Numberless, you ask? Why, they’re the forgotten children who’ve been living underground out of sight from the government for the past five decades, and now they’re gearing up to tell their story and rally support for a mass revolt.

You see, 50 years ago, in an effort to control overpopulation, Congress passed a law prohibiting families from having more than one child, and the child they did have was injected with an implant (or a “Number”) to track them. Those families who did have more than one child would scuttle them away into an underground secret society called, appropriately enough, The Numberless. And today, they are ready to break above ground and tell their side of the story by means of a punk rock pageant play called Rise of the Numberless. Read the full review on The Huffington Post >