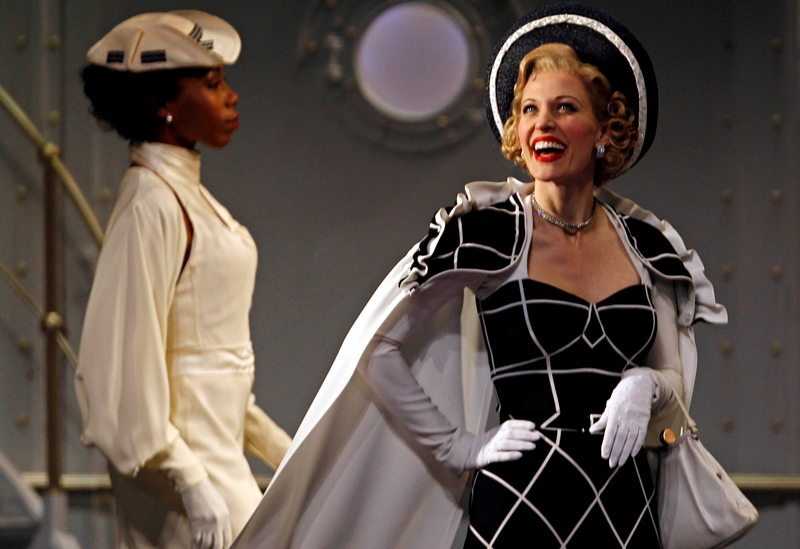 Anything Goes is one of those shows that never takes itself too seriously. It isn’t afraid to get a little bawdy and bend the rules — but it always comes out on top, full of class, champagne bubbles and loads of style.

In describing the show, I’m also describing the show’s star. Rachel York is an actress whom I’ve admired for years. I bet dollars to donuts if she were working during the golden age of Broadway, she’d be a household name in the likes of Greta Garbo, Barbara Stanwyck and Rosalind Russell. A winning smile, comedic chops, a voice as comfortable belting out a Cole Porter showstopper as it is crooning a Sondheim ballad and legs for days, York is a star in every sense of the word. And as the evangelist-turned-nightclub-singer Reno Sweeney, York has landed a role that fits as snug as her gorgeous Martin Pakledina-designed gowns.

I was lucky enough to catch the 2011 Broadway revival, on which this national tour is based, starring the wholesome and eager-to-please Sutton Foster. While I enjoyed Foster (who’s a better hoofer than York, but York fakes it damn well), she seemed to be working hard playing against type. York already has the glamour part down, and she plays with it by making her Reno a bawdy, wise-cracking affair.

In most cases when a star this bright leaves the stage, the show sags. Not here. In this first-rate national tour, the colorful supporting cast keeps all the balls in the air,which is essential when dealing with a musical comedy as madcap as this one. Read the full review on The Huffington Post >