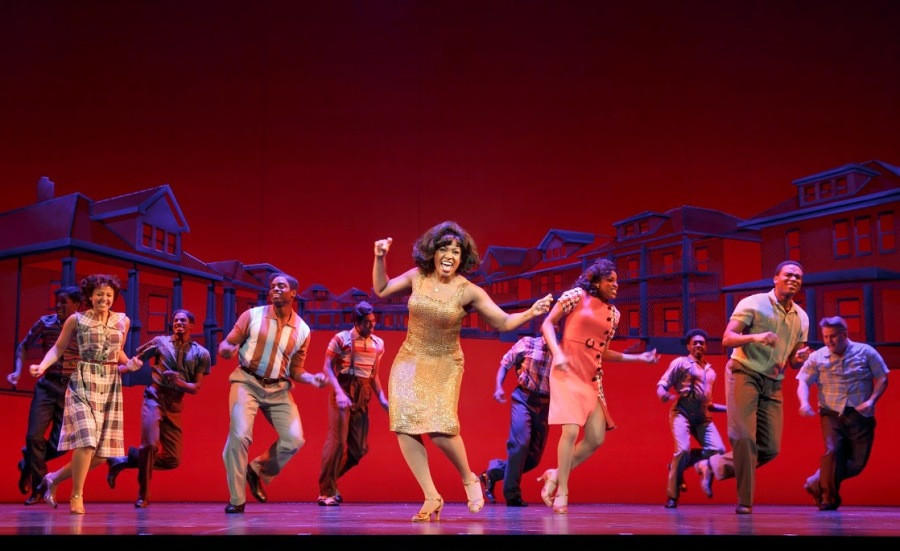 Twice a day, on the way to and from work, I pass the Oriental Theatre, where the national tour of Motown the Musical is running through August 9. Of all the shows that have played at the Oriental, this one is unique in that I constantly see couples, groups and families pausing when seeing the show’s marquee, grouping together and posing for a selfie. Clearly, Motown isn’t so much a record production label as it’s an icon of change and music revolution that taps into something resonant — an era gone by.

Arriving on the tidal wave of its hit Broadway run, Motown the Musical is pretty much what you’d expect from a vehicle designed to showcase a library of chart-toppers: a slick cavalcade of toe-tapping, hip-swaying tunes stitched together with a sketch of a storyline. What makes Motown the Musical a distinct challenge from most other Jukebox musicals are two factors. First, the massive catalog of material — Motown founder Berry Gordy, Jr., who wrote the musical’s book, had hundreds of top 10 hits to choose from, with artists such as Smokey Robinson, The Jackson Five, The Supremes, Diana Ross and Stevie Wonder at his disposal. Where do you start? Second, Motown was instrumental in changing the sound of the airwaves during a seminal time in our country’s history. The story behind the music is just as, if not more, compelling than the music itself.

Whittling all this down for a three-hour show was surly no small feat — and what we’ve arrived at is frantic fractions of iconic musical performances jam-packed together (though, faithfully reproduced by a hard-working ensemble who play countless roles) into a condensed explosion of sound and light projected against the dimly lit backdrop of social change. Read the full review on The Huffington Post >