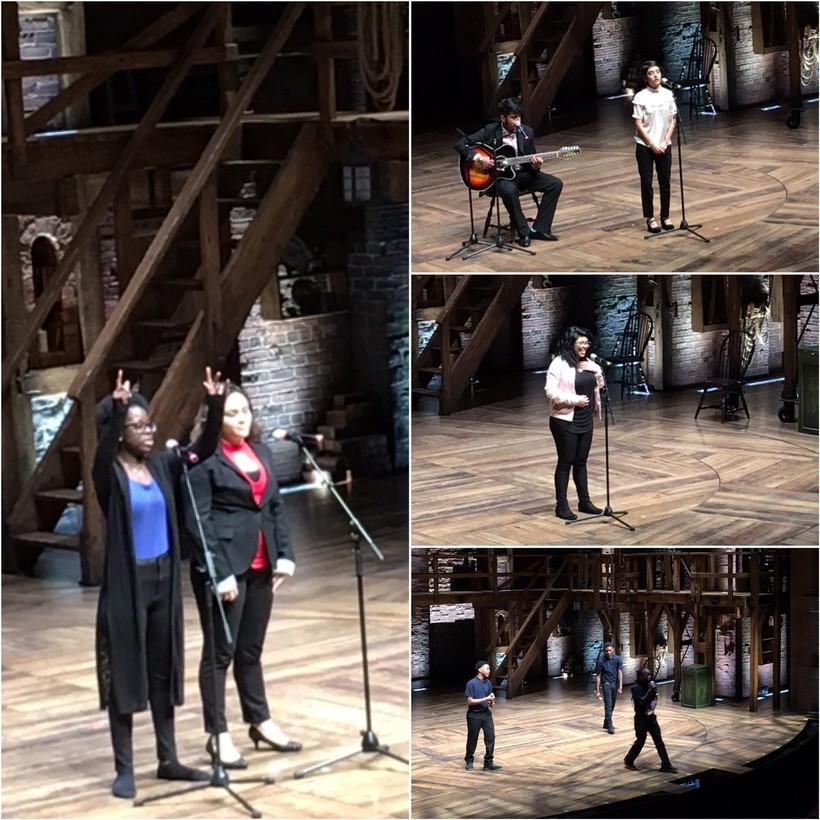 Perhaps you’ve heard about a little show taking the world over by storm. And Chicago is lucky enough to have it, eight nights a week for the foreseeable future, at the PrivateBank Theatre.

But another show is also happening on that same stage during Hamilton’s off-hours – one that’s just as dynamic, and perhaps even more inspiring. A performance that makes a powerful case for the importance of retaining the arts in our schools.

This show, which I had the honor of attending last week, features students, who represent a wide cross-section of Chicago’s school system, performing scenes, songs and spoken word inspired by the celebrated musical Hamilton. And in the audience are a few thousand students who enthusiastically cheer each other on as their peers take a few minutes to bare their souls on the PrivateBank stage, prior to that afternoon’s matinee performance.

The Hamilton Education Program (#EduHam), made possible through a grant by The Rockefeller Foundation to the Gilder Lehrman Institute, gives high school students the unique opportunity to not only see Hamilton for just a “Hamilton” ($10), but leading up to that performance they spend time learning about American history, the enigma that was Alexander Hamilton, and the evolution and development of the celebrated musical.