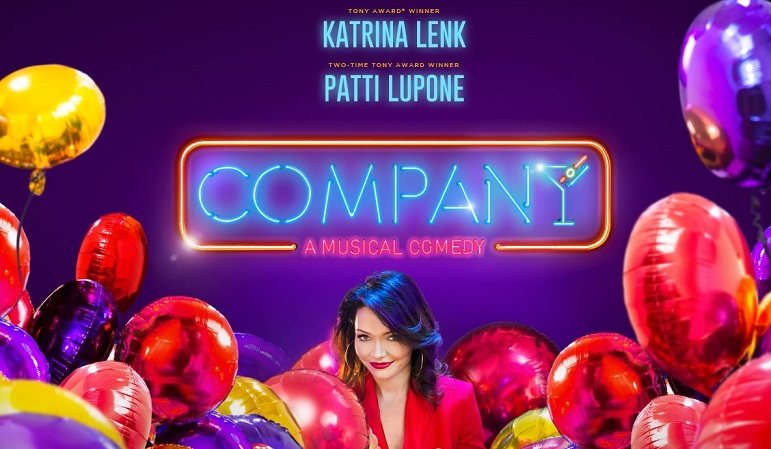 I really wanted to see celebrated director Marianne Elliott’s revival of Stephen Sondheim and George Furth’s 1970 classic musical Company when it premiered on the West End late in 2018.  

Alas, the fates didn’t align. I resigned that I’d have to let this one go.

But then late last year the producers announced a transfer to Broadway with an American cast – including Patti LuPone who stopped the show nightly and got an Olivier Award for her be-furred Joanne (the role originated by the iconic Elaine Stritch).

So, I got my act together and took a whirwind of a weekend trip to the Bernard B. Jacobs theatre for the sixth preview of this sure-fire hit (the show opens on March 22). I just landed back in Chicago after a cumulative 4 hours of sleep over the past 3 days, so pardon me if these thoughts are a bit of a brain dump.

And, to be clear, this isn’t a review. I respect the preview process. However, IMHO this show is already in great shape and my issues, which are few, aren’t things that would be solved by opening night – they are things embedded in the DNA of the piece.

For those who don’t know, Elliott had worked with Sondheim (and George Furth’s estate) to revise this show, shifting its focus from a male lead to a female lead (Bobby is now Bobbie). Just a few pronouns and some additional roles beyond Bobbie were gender swapped – but George Furth’s book and Sondheim’s score mostly remained intact.

When word emerged about this experiment (it was in development for a few years), Sondheads lost their minds. Would Sondheim approve? He’s historically been pretty protective of this particular property (rumors of an all-male gay Company being squashed by Sondheim are part of theatrical lore.)

But from what I gather, Elliott gently encouraged Sondheim to open his mind and give it a chance.  She did some workshops, had them filmed and sent to Sondheim for his blessing. One selling point in Elliott’s case was a camera guy at one of the workshops who’d never seen a production of Company told Elliott that he couldn’t imagine the show being done with a man.

Sondheim recounted this anecdote in a recent interview and, I guess, decided to give it a go. Plus, it seems he has immense respect for Elliott as a person and an artist.

Cut to the fall of 2018, and the West End production saw sold-out crowds and rave reviews, resulting in a sort of renaissance for the show. The revised script was even published and released last year – a testament to the original creators’ faith in this retooling (most often revisals aren’t giving such an official documentation of changes).

Company‘s brilliance has always been in its concept – it explores the intricate dynamics of relationships through a series of songs and scenes loosely tied together by Bobby as he/she drifts from scene to scene observing his/her coupled friends navigating marriage and all its gory negotiations.

It cemented the “concept musical” as a viable art form – meaning a show that delves into a theme or idea as the driving force vs. a traditional narrative with a beginning, middle and end.

And here, the themes are marriage* and our innate desire for intimate connection.

(*at least that’s what people usually say Company is about, but I’ve thoughts on this. More on this later…)

By making Bobbie female, these themes deepen and expand. It’s no longer a show about a man-child who can’t make a commitment. It’s a commentary on the double-standard of having to “do it all” as a modern woman.

And for Bobbie we have rising star Katrina Lenk, who won a Tony for The Band’s Visit a few seasons ago. What makes Lenk’s Bobby so damned captivating is she’s completely unique. Even the way she sings is different than everyone else. Lenk isn’t a peppy Broadway belter. She’s an alluring chanteuse who revels in a song’s smaller moments. To me, this amplifies Bobbie’s outsider status, underscoring her disconnectedness from the high octane couples who swirl around her tiny NYC pad.

So, for the most part it all works — and in thrilling ways. Beyond the gender swap, Elliott has created a concept that positions the entire evening as a fever dream of sorts, kicking off with a nightmarish 35th birthday party for Bobbie. From there Bobbie floats between vignettes much like Alice through the looking glass.

She climbs through teeny doors, she falls through holes, she drinks the stuff in the small bottle (here a comically miniaturized Maker’s Mark).

Despite these smart changes, a few musty artifacts pop up that seem to rub against this fresh take. The antiquated baggage of divorce looms over this production simply because it was a key point of sexual politics when Company premiered in 1970. I have a hard time believing Lenk’s hyper-modern Bobbie would treat marriage with such sanctity by demonstrating such shock and concern over her friends getting divorced. In my mind, this Bobbie would say “good for you – you seem happier.” Here she frets over it and, thanks to Furth’s book, tells them they should get back together. These moments seem a rare misstep.

Aside from this rift, this production dazzles. In part due to Elliott’s vision, but also huge credit to the amazing ensemble comprising some of Broadway’s best players. It’s an embarrassment of riches, starting with Jennifer Simard and Christopher Sieber who jump-start act one with their zany energy. And, from there, the show never loses steam.

Additionally, more than any production of Company I’ve seen, Elliott and team get to the heart of what I personally feel the point of the show is.

To me, it’s NOT about marriage. Not quite. And it’s also not about finding the one and settling down and all that.

To me it’s about making authentic connections and being an active player in each other’s lives. Especially now when, as Bobbie says to Joanne (and I paraphrase), our phones make us more connected and disconnected at the same time. (BTW, Elliott thankfully uses social media as a stage device with restraint. Most notably with “Another Hundred People” commenting on the addictive distraction that is both NYC and snapchat culture.)

Elliott’s long-time scenic collaborator, Bunny Christie, helps drive home the impact of claustrophobic pseudo-connections through use of monochromatic boxy set units that require the cast to literally press up against the walls to navigate around each other. The same units also contain many scenic tricks that delight in unexpected ways – particularly in the show-stealing “Not Getting Married Today,” delivered by Matt Doyle.

Finally, it’s no secret I’m a Patti LuPone fan. And I’ve seen her do this role before with the NY Philharmonic (alongside Neil Patrick Harris as Bobby) and sing “Ladies who Lunch” in many concerts.

I thought I knew who her Joanne was.

But having had steeping time in London and an opportunity to revisit her work in this transfer, it’s clear LuPone has figured out her Joanne.

She’s not some bitter drunk who flings out barbs between shots of brandy.

This all comes into glaring focus in LuPone’s big number, which earned an unrelenting standing ovation.

The penultimate scene following this number between Lenk and LuPone is one of the most important. It’s when Joanne forces the passive Bobbie to look inward and grapple with her awakening. It launches her break-out anthem, “Being Alive.”

Lenk and LuPone play this scene with such heft, you could feel the audience collectively holding its breath.

What a thrilling night at the theatre. I’d see it again in a heartbeat.